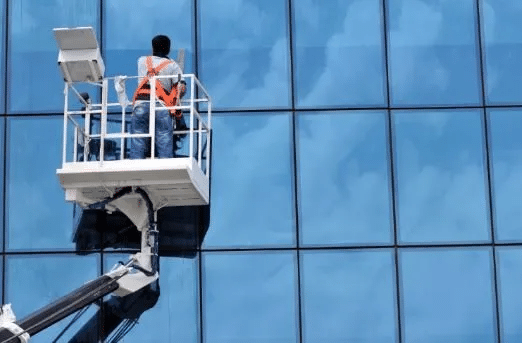 When you’re trying to enjoy the view, there’s nothing worse than a dirty window covered in streaks and smears. So, when you notice a buildup of dirt, your first thought is most probably to call the local window cleaner – but have you ever considered where the profession began? Did they have window cleaners in the ‘olden days’? And when was it that the game-changing squeegee emerged? Well, we’re here to answer those questions in our brief history of window cleaning:

To understand the history of window cleaning, you first need to understand the history of glass and how it came to be a primary building material. Glass dates back to early ancient civilisations and was initially considered an extremely precious material. However, it wasn’t until much later, in the mid 1800s, that glass was first used as a functional construction material as we know it today.

Ernest Solvay, a chemist from Belgium was the pioneer who recognised the cost-effectiveness of glass and it was him who introduced the world to the wonders of glass windows. Since then, glass windows have simply become part of the furniture in terms of building construction.

The dawn of the window cleaning industry

As long as glass windows have been in existence, there has been a need to keep them clean. Whilst this may have been a simple task for small residential buildings, when it came to tall buildings with lots of windows, it became apparent that window cleaning needed its own dedicated industry. Local tradesmen set up small companies in their areas, visiting houses and charging a small fee – not dissimilar to the local window cleaners we still have today!

However, just as the industry was growing in the early 1900s, the World Wars struck, causing the industry to shrink. This was not just because there were less able people to take on the jobs, but also because many buildings were destroyed in air raids.

After years of war and financial struggle, buildings in the UK were eventually reconstructed and this brought a new dawn for the window cleaning industry. Buildings were becoming taller and more modern (which meant more glass), so what was the modern window cleaning solution?

Along came the squeegee

The squeegee was first invented in the 1930s by Mr Ettore Steccone, an Italian immigrant to the US. He modelled it on previous similar inventions based on fishermans’ tools used to clear fish guts from boat decks, however, his new invention was much niftier than its heavy, bulky predecessors. He patented it in 1936 and the lightweight brass product was dubbed the ‘Ettore’, but was commonly known as the squeegee. It was the preferred tool of choice throughout the 20th century until the 1990s, when the water fed pole system was introduced.

Professional modern window cleaners use a whole range of tools and techniques. The water fed pole is particularly effective – it feeds purified water from a water tank up a whole, which then brushes any dirt away without leaving streaks or smears. These poles are available in a range of lengths, with the longest being around 70 ft. They allow window cleaners can do their jobs safely and efficiently, without the need for precarious ladders. For expert window cleaning services, choose Hi Point Access today. Thanks to our quality window cleaning equipment and range of access platforms and towers, we offer specialist high-level window cleaning to customers across Sheffield and beyond. For more information, give us a call today

At What Wind Speed Do You Stop Working at Heights?

As a scaffolder, you might often wonder about adverse weather conditions, and what it actually…

What are the Different Types of Scaffolding Tags?

Scaffolding tags are used to indicate whether or not scaffolding is compliant with industry regulations,…

Scaffolding is one of the most useful tools when working at heights, but sometimes, it…