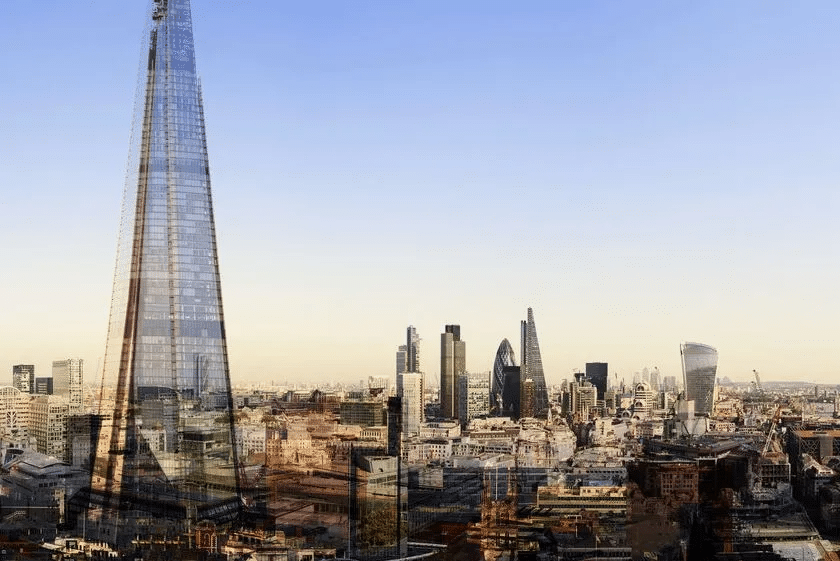 Skyscrapers are defined as being tall buildings with an iron or steel framework and are a feature of city skylines across the globe. However, early skyscrapers weren’t quite the same as the impressive glass-panelled structures that we see today; they were a fraction of the height, but at the time, were still considered revolutionary.

Thanks to developments made during the Industrial Revolution, the late 19th and early 20th Century saw skyscrapers begin to appear in cities in America and Europe and soon spread across the globe. Below, we give a brief history of the skyscraper.

The first building considered a skyscraper was the Chicago Home Insurance Building, which was built in 1885. Standing at 138 feet (10 stories high) this building would have been an incredible sight to behold at the time, as the buildings surrounding it would’ve been dramatically smaller.

Unfortunately, the tower was demolished in 1931, however, the legacy remains as Chicago is regarded as the true home of the skyscraper.

After the construction of the Chicago Home Insurance Building, architectural and engineering techniques moved on rapidly; most notably, the mass production of steel was introduced. Inventor Henry Bessemer patented a process of decarbonising steel, which meant it could be produced en masse and therefore became crucial to the construction industry at the time.

Following this, George A. Fuller, an engineer and architect, used Bessemer’s steel beams to create structurally sound steel cages which enabled buildings to be built upwards rather than outwards, as the weight could be evenly spread.

The development of elevator technology and electric lighting also meant that tall buildings could function as offices, apartment blocks and shopping centres.

All of this technology meant that buildings could get taller and taller, a trend which continued throughout the 20th Century.

Although the USA was home to the first skyscrapers, the early 1900s saw the erection of skyscrapers in Europe too, such as the Royal Liver Building in Liverpool, Marx House in Dusseldorf and Edificio Telefonica in Madrid.

From the 1930s onwards, skyscrapers began to appear all over the world, namely in Latin America in cities like Rio De Janeiro, Mexico City and Bogota, and in Asia- in Tokyo, Shanghai, Singapore and Mumbai.

In modern society, skyscrapers are recognised for their impressive glass panels and soaring heights. For example, the Burj Khalifa in Dubai is the tallest building in the world, standing at 2,717ft. In the UK, the tallest building is The Shard, which towers above London at 1,016ft. In New York, one of the motherlands of skyscrapers, the One World Trade Centre is the tallest, at 1,776ft. Here at Hi-Point Access, we know a thing or two about tall buildings. As expert scaffolders, we’re enlisted to provide strong foundations for construction teams so that they can get to work on carrying out professional building work. Whilst you may not be building the world’s next tallest skyscraper, your project needs to be handled with as much care and skill, so get in touch with us today for more information about our services.

At What Wind Speed Do You Stop Working at Heights?

As a scaffolder, you might often wonder about adverse weather conditions, and what it actually…

What are the Different Types of Scaffolding Tags?

Scaffolding tags are used to indicate whether or not scaffolding is compliant with industry regulations,…

Scaffolding is one of the most useful tools when working at heights, but sometimes, it…